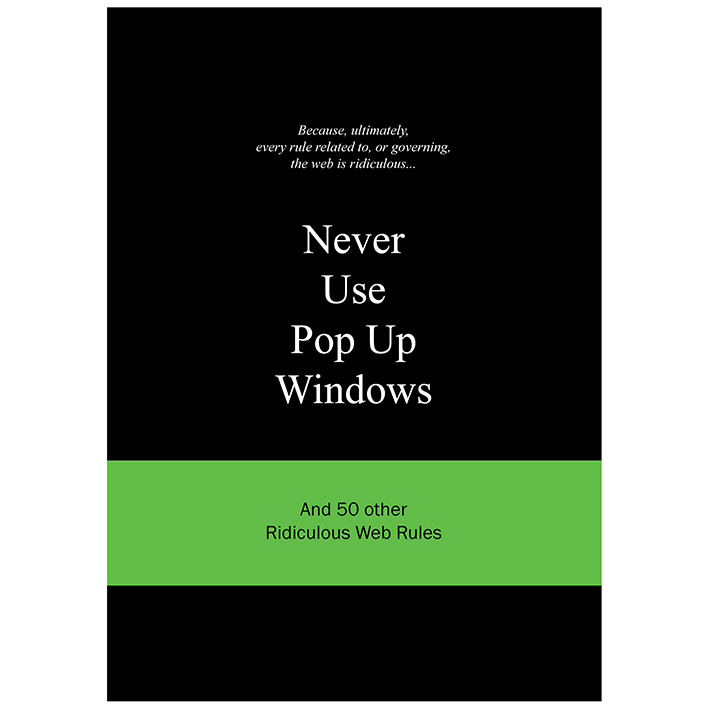 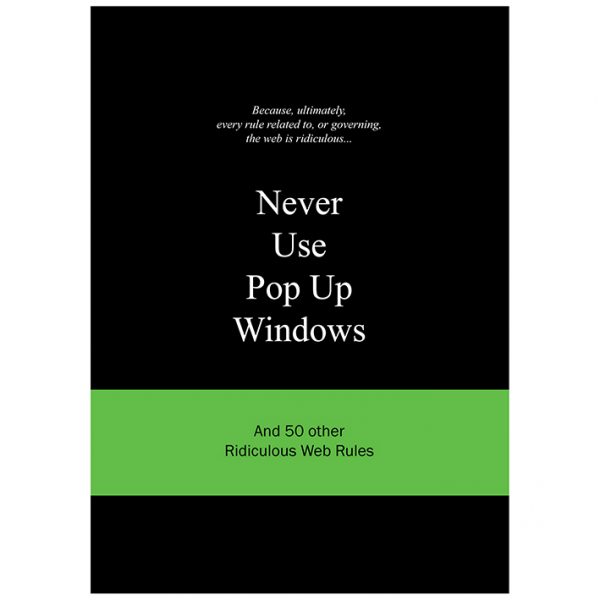 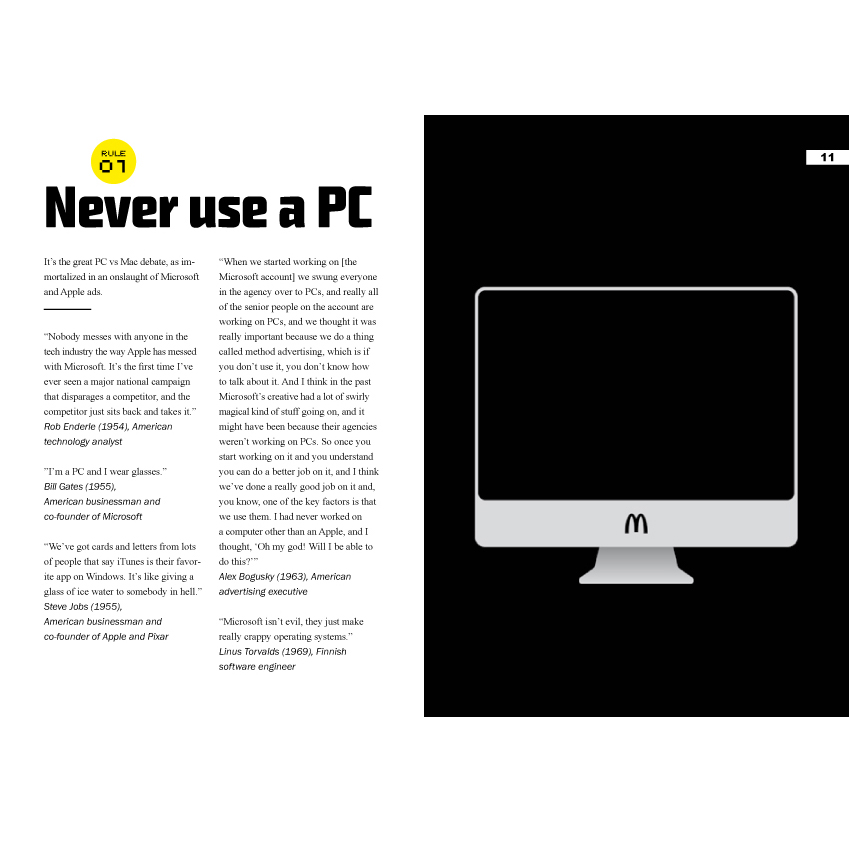 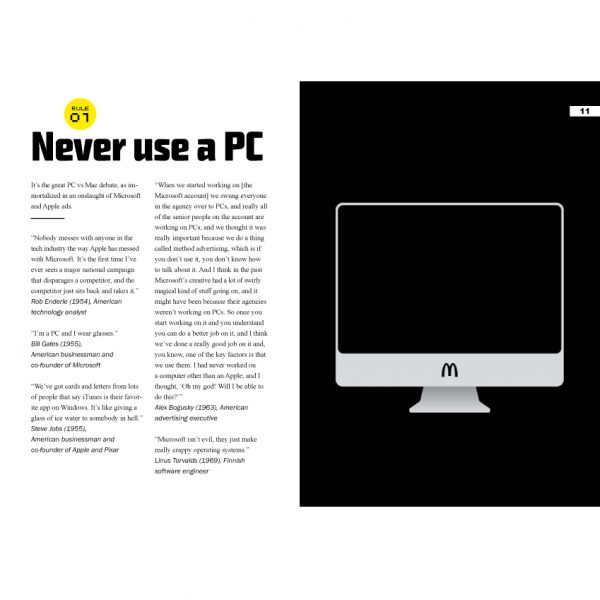 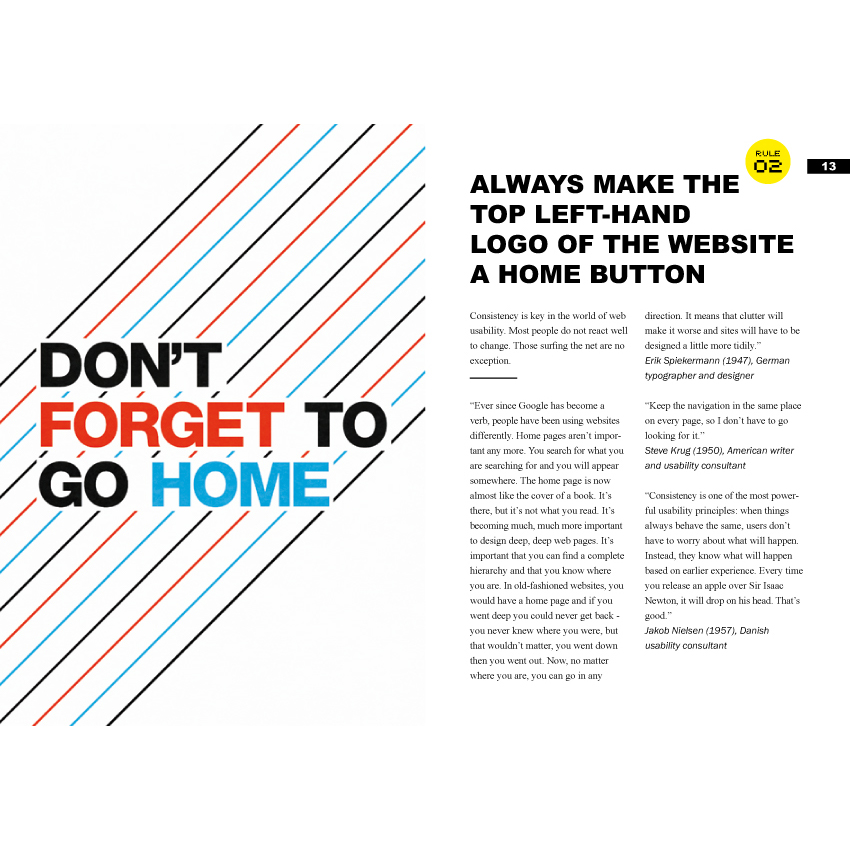 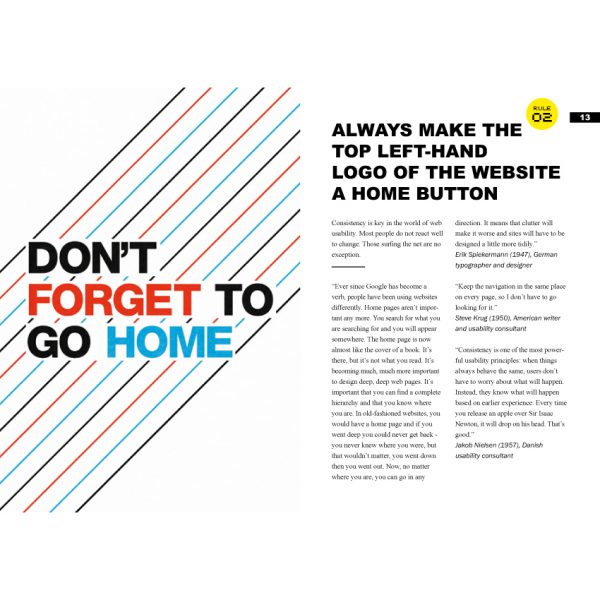 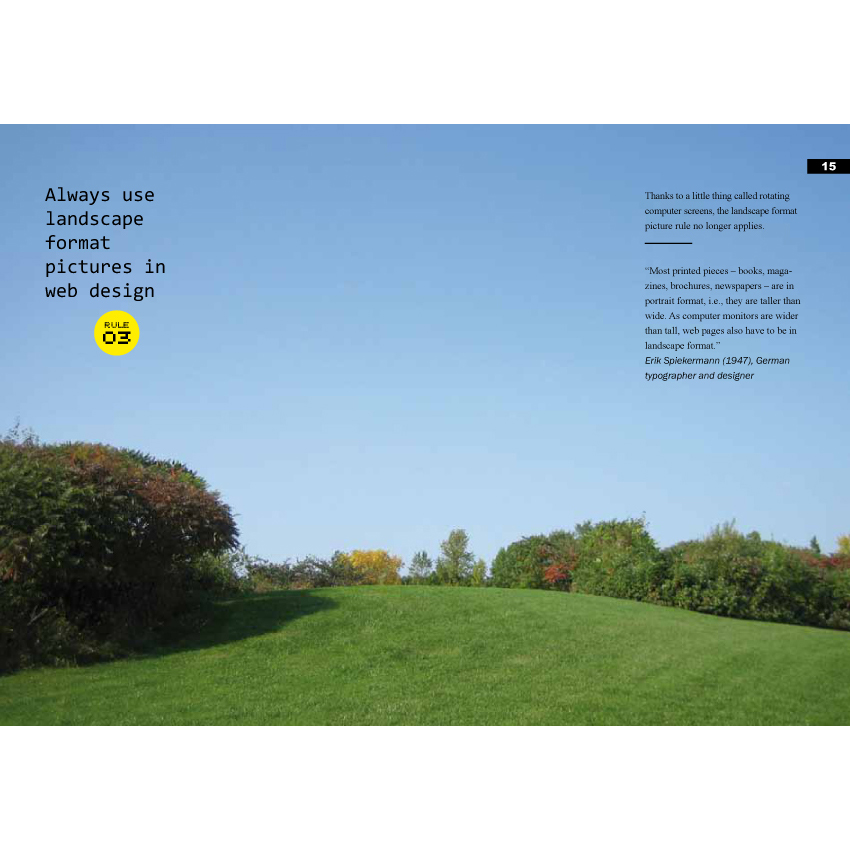 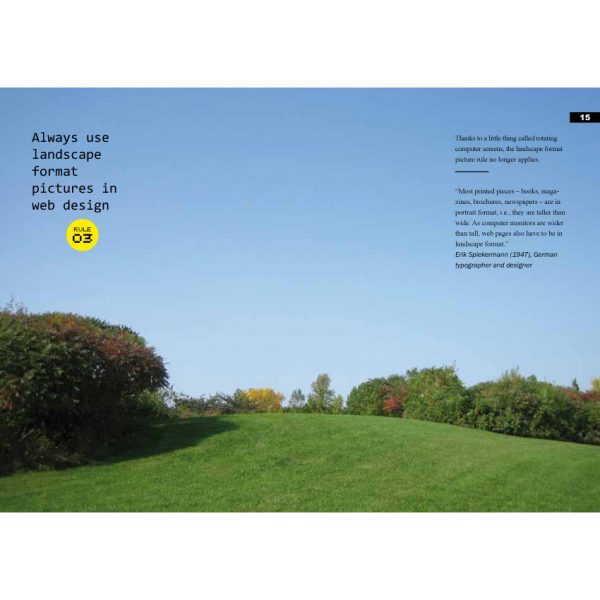 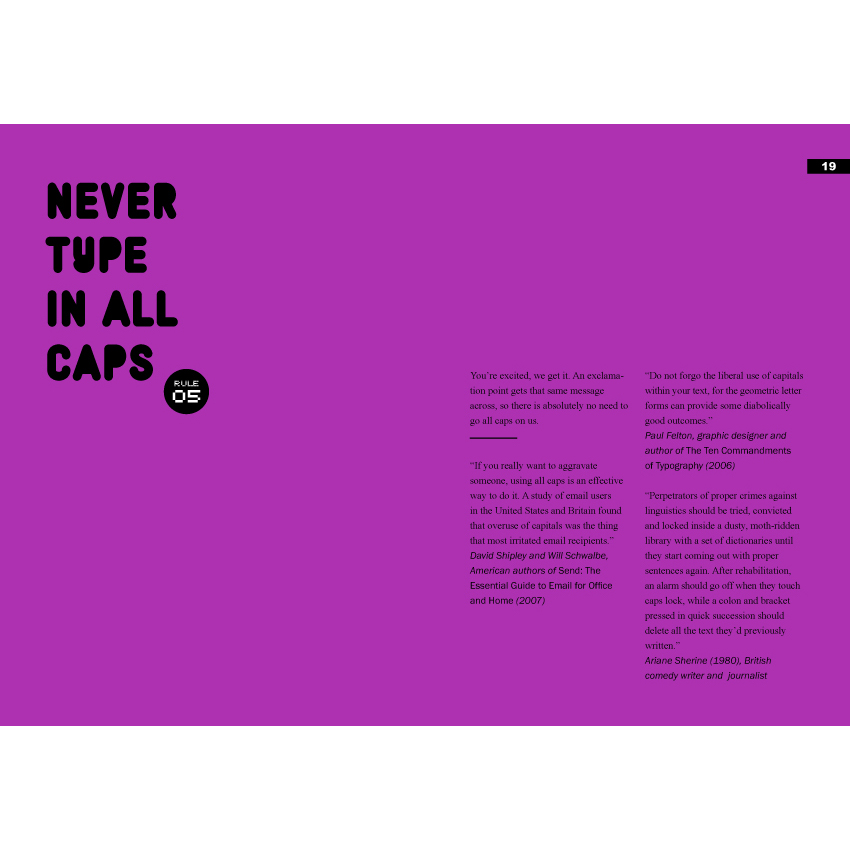 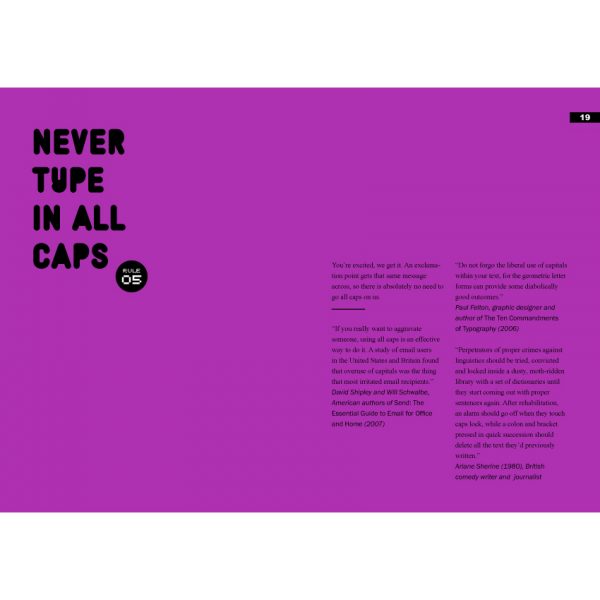 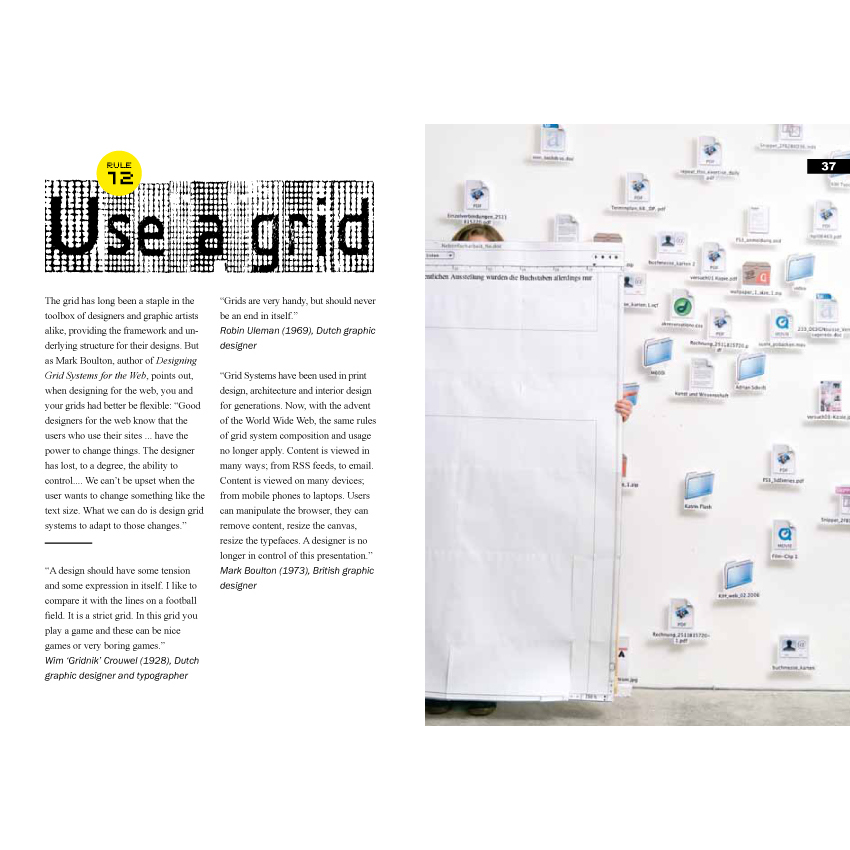 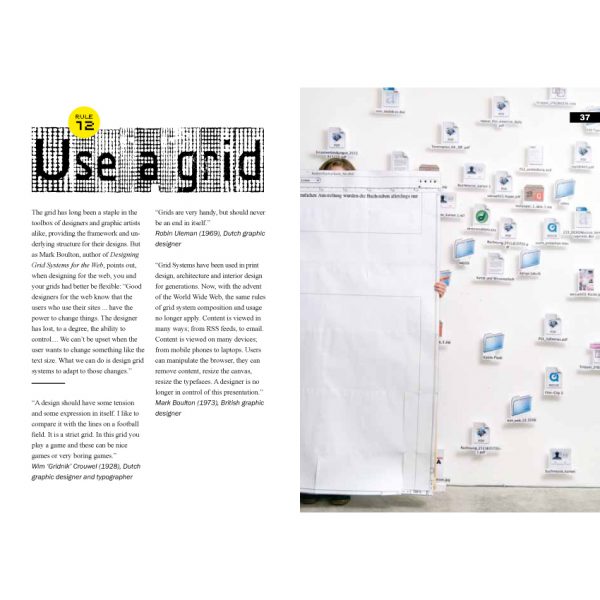 The do’s, don’ts and etiquette of communicating via the web and also about rules that apply to communicating through the Internet.

This is the fourth part in the Ridiculous Design Rules series by Anneloes van Gaalen. The first publication in the series, Never Use White Type on a Black Background, was reprinted only four months after it was released and now enjoys its second reprint. Part two Never Leave the House Naked (on rules in fashion) has also been reprinted already.

This new part is about ridiculous rules in the use of the Web. It is not only about Web design, but also about rules that apply to communicating through the Internet. Think of the do’s and don’ts and etiquette in the use of e-mail and the idea of publishing everything you do or think on social sites, such as Hyves, Facebook and YouTube. In these pleasing and insightful books, it is not about laying down the law. For each of the 51 rules covered, Van Gaalen refers to quotes by famous designers who think there is something to the rule or who have made a personal variation of it.